Knowledge gives us the power to make a change, and we are here to educate our community on the issues that matter to students—by students, for students

Register for our first webinar, titled “Toughest Together: Approaching Antisemitism on Campus”, will occur on Thursday, November 3 8:00pm ET and stay up to date for upcoming webinars.
REGISTER

“
Mission Statement:
To amplify the voices of Jewish students, strengthen Jewish identity, and combat hate to secure the future of the Jewish people."

Jewish on Campus is the movement of the Jewish future. We seek to revive pride in Judaism by emboldening a new generation of Jews through education, social media campaigning, and grassroots organizing. As a movement of young Jewish people, we seek to end antisemitism on college campuses and beyond.
‍
Jewish on Campus began as an Instagram campaign in July of 2020. With a staff entirely composed of students, the effort to expose stories of antisemitism on college campuses rapidly grew into a nonprofit organization that captured the attention of the Jewish community. In this short time, we have amassed a platform of well over thirty thousand individuals from around the world and have been featured by most Jewish news outlets, including The Forward, Tablet, Jewish Journal, and The Jerusalem Post, in addition to major news organizations such as Forbes, CNN, Politico, and The Washington Post. 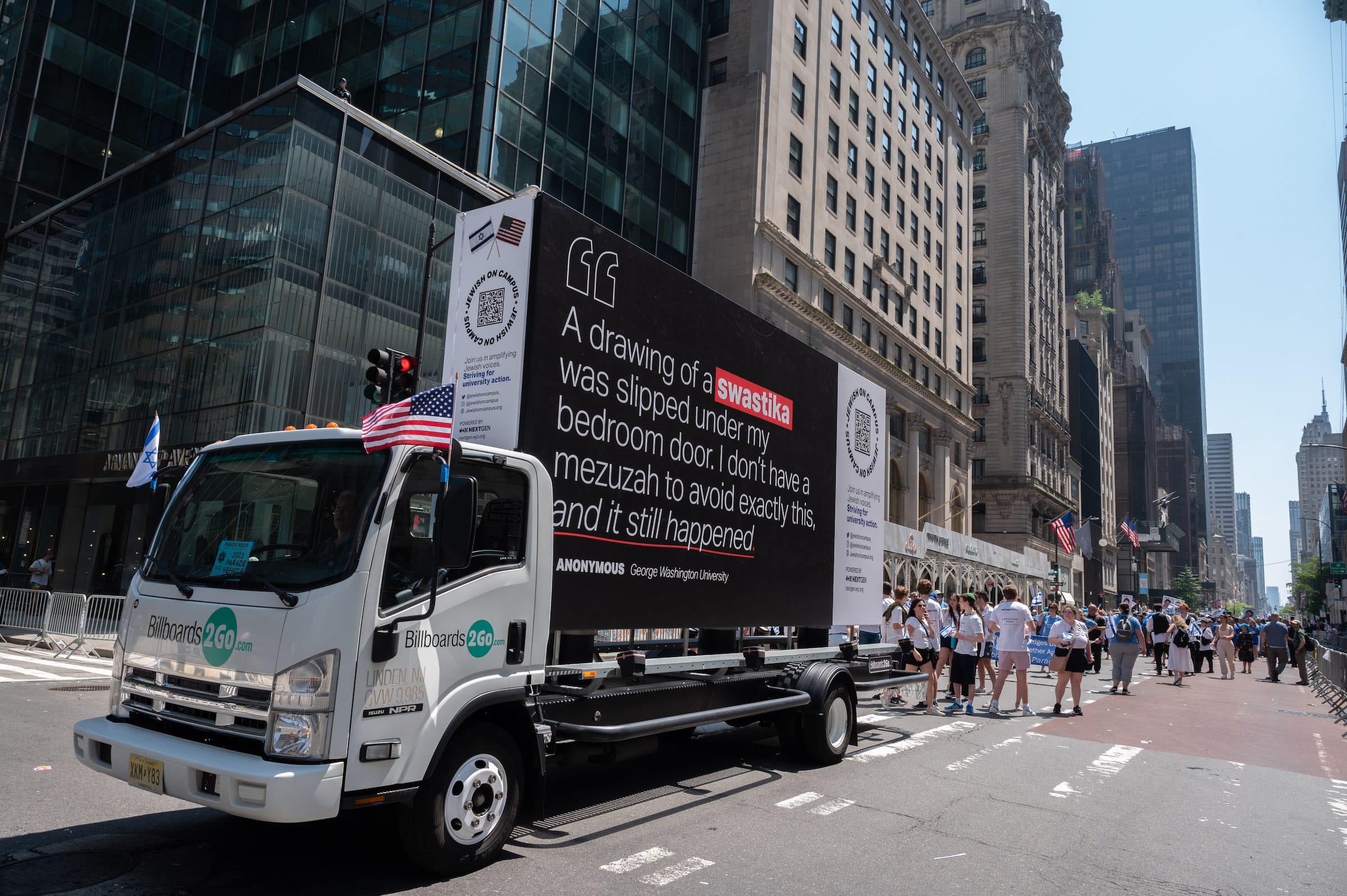 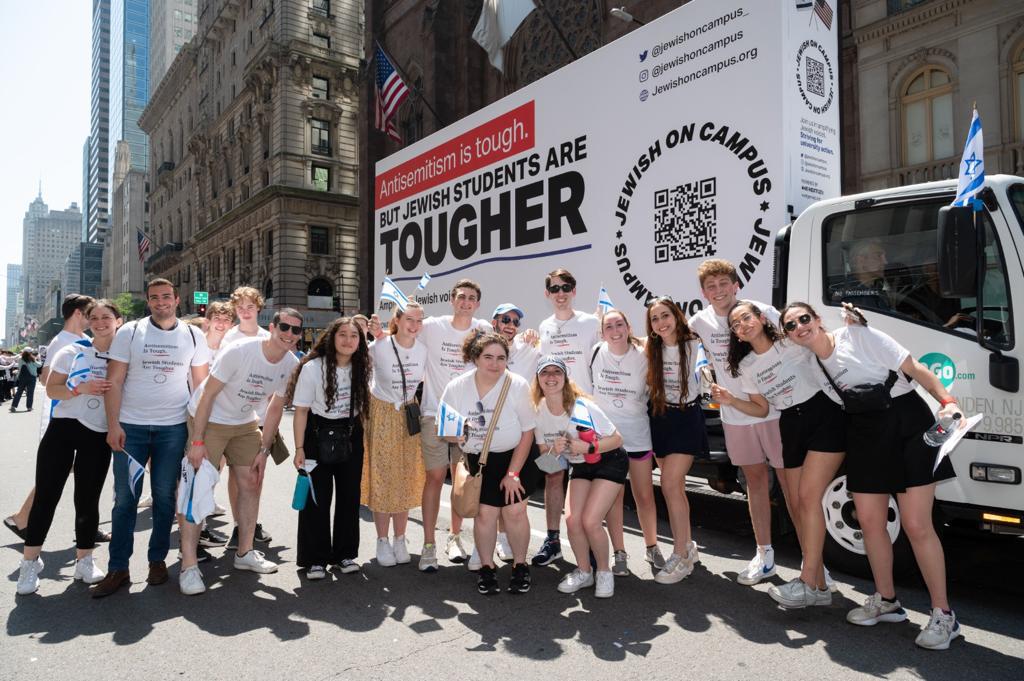 Campus Action.
‍JOC's team has reports of over 2,000 unique stories of on-campus antisemitism. Given our position as a youth-run project, we work together with students on the ground of individual universities to run multilateral campaigns to combat antisemitism. This action will involve both administrative action (with the help of the Louis D. Brandeis Center for Human Rights Under Law) and student-body action through social media and grassroots on-campus work to fundamentally change campus culture on the frontlines of student activism. Our organization is unique in its commitment to the authentic work of students themselves. Students have lived through the reality of modern antisemitism—thus, it is students who are best equipped to combat it.
‍
Campus Studies.
‍To create strong campus action, we must first have a quantitative understanding of what changes must be made. As such, JOC conducts a series of studies with the goal of understanding the antisemitism that is growing on college campuses around the world. Guided by the 2,000+ stories that we have collected, we work with research institutions to understand how antisemitism manifests today: who perpetuates it, how is it presented, and what have universities done to halt it? With this understanding, present administrators with an in-depth understanding of their university's so that change may be made where it is needed the most.

in a strong Jewish identity, in all of its facets—religious, cultural, ethnic, and beyond

to stand up to antisemitism on and off–campus, no matter its origin

in all campus spaces, ensuring that no Jew has to trade any part of their identity in exchange for acceptance

among the Jewish community and among our allies

for all Jews, regardless of background, identity, or religious denomination

toward a future free of antisemitism, bigotry, and hatred for all

in our integrity to serve our mission 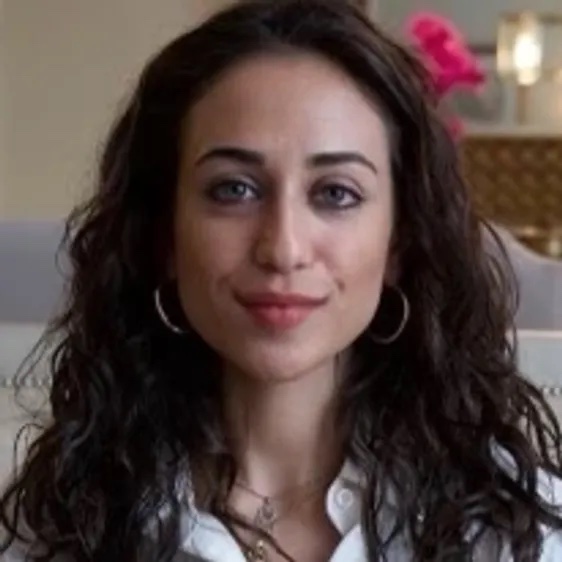 Julia Jassey is the co-founder and Chief Executive Officer of Jewish on Campus, where she heads a staff from around the world as they respond to growing levels of antisemitism on college campuses. Her work has been featured in media outlets such as CNN and Forbes Magazine, and she has been recognized as a young voice leading the fight against antisemitism. Due to her advocacy work, she was an Honoree at the Anti-Defamation League’s 2021 Concert Against Hate. Julia was also awarded as one of Algemeiner Magazine’s “Top 100 People Positively Influencing Jewish Life in 2021.” Julia has proudly served as a Brume and Allen Scholar at the American Sephardi Federation as well as the host of the “Nice Jewish Girls” podcast with Opendor Media. She does this while also attending the University of Chicago, and she is expected to graduate in 2023 with a Bachelor’s Degree in Political Science and Jewish studies. 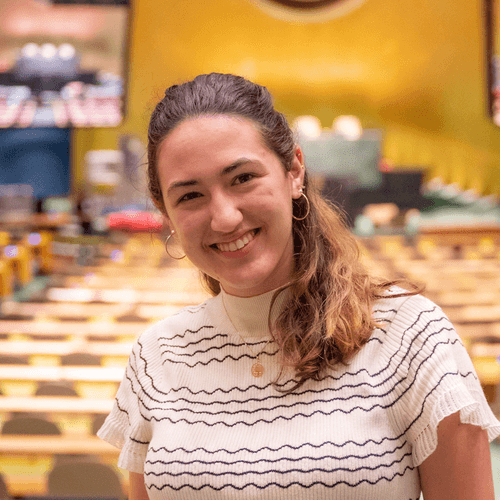 Michal Cohen is a recent graduate of American University in Washington, DC. She received her BA in Public Relations and Strategic Communications with a double minor in political science and Israel studies.  Michal is a first-generation Israeli-American and grew up in Los Angeles, Miami, and Israel. She is an avid writer about antisemitism on campus, the state of Israeli affairs, and her experiences as an Israeli-American. She has been published in over six publications, including theWashington Post, Ynet, and the Jerusalem Post, and in three languages. 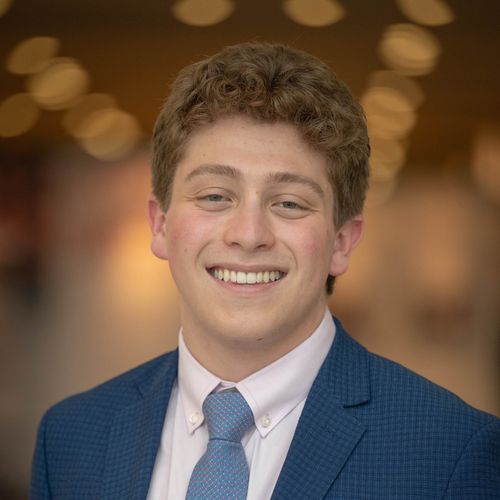 Micah Gritz is a third-year student at Tufts University studying international security and Judaic studies. Alongside serving as the chief operating officer of Jewish on Campus, Micah is a World Jewish Congress Lauder Fellow, serves as the communications director for Tufts Friends of Israel, and acts as a member of Tufts Hillel’s student board. Micah was born and raised in Rockville, Maryland.

Jewish on Campus has partnered with the World Jewish Congress to amplify the voices of Jewish university students around the world. 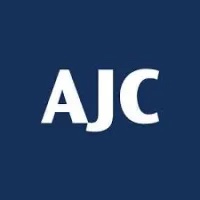 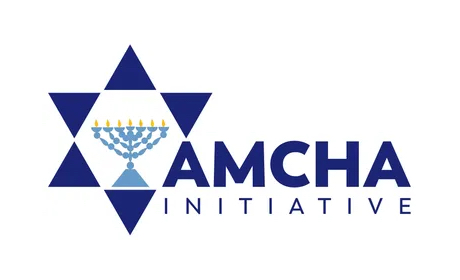