To the University of Wisconsin, Madison Administration,

Jewish on Campus is a nonprofit organization that empowers students in the fight against antisemitism. Our staff is largely comprised of students, which allows us to employ a unique, experience-based approach to combat the stark rise in anti-Jewish bias on college campuses. We write to you to express our immense concern over the antisemitic graffiti that was recently found on campus at UW-Madison. This graffiti singled out a list of Jewish student organizations and alleged they had “blood on their hands” due to their openly Zionist positions. This allegation is absurd and actively puts Jewish students at risk, so we are calling on your administration to take further action to condemn those who partook in this hateful act and protect Jewish students at UW Madison.

In your administration’s statement condemning these chalkings, you wrote that this graffiti “[Targeted] several Jewish student groups [and labeled] them as ‘racist,’ ‘genocidal,’ and ‘having blood on their hands.’” While we appreciate that your administration recognized the hateful and antisemitic nature of these chalkings, we are disappointed by your choice to categorize this hate as protected free speech in the same statement. While there is room for a robust debate surrounding Israel on every college campus, these chalkings went beyond fair criticism by invoking the antisemitic trope of blood libel and targeting Jewish student groups for expressing a fundamental aspect of their identity. This was a prohibited act of bias, and it is essential that UW-Madison treats it as such.

In 2017, UW-Madison took the historic step of adopting the International Holocaust Remembrance Alliance’s (IHRA) Working Definition of Antisemitism. IHRA is an excellent tool to identify antisemitism and differentiate between legitimate criticism of Israel and antisemitism, and we applaud UW-Madison for being an earlier adopter of the working definition. Since this definition specifically categorizes blood libel and denying Jews their right to self-determination in their ancestral homeland as antisemitic acts, both the accusations in the chalkings and the statement from UW-Madison’s chapter of Students for Justice in Palestine (SJP) clearly meet IHRA’s standards for antisemitic behavior.

While IHRA alone is not legally binding, UW-Madison explicitly lists hateful graffiti, degrading language, harassment, and intimidation as prohibited acts of bias. SJP’s chalkings and ensuing statement contain abundant examples of antisemitic harassment and intimidation, and they warrant a full investigation into those who orchestrated this hateful act as well as proper consequences for those involved. SJP’s actions singled out Jewish student groups, regardless of their views on Israel. They targeted apolitical community spaces for Jewish students as well as groups like J Street U that openly advocate for Palestinian soveirgnty. The only unifying trait between these groups was the ethnic heritage of their members. SJP’s chalkings were not a comment on Zionism or an act of solidarity with Palestine–they were an act to make Jews feel unsafe on their campus.

We await your response,

Students for Justice in Palestine: Hostility over Justice 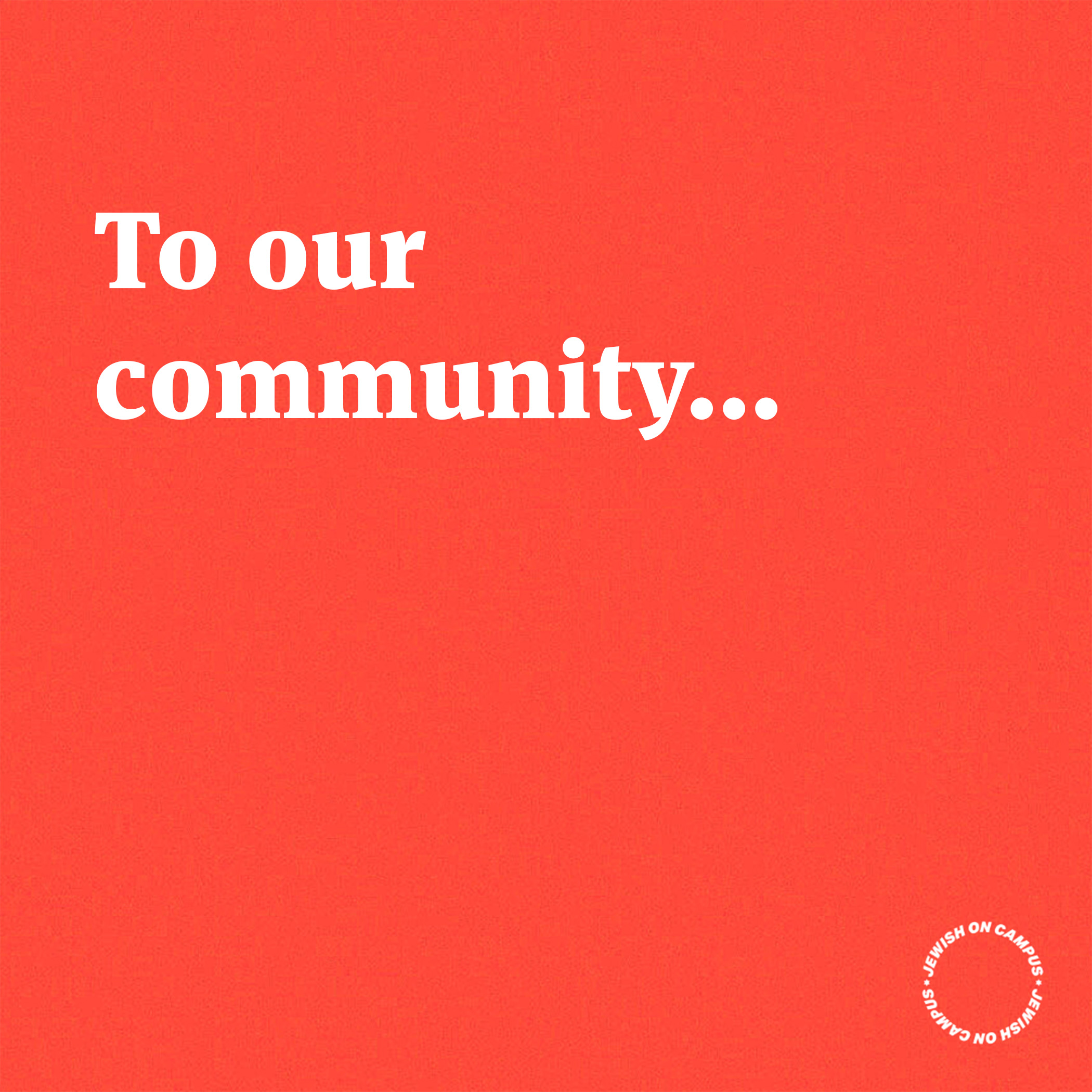